We are an experienced team of Tax, Accounting, and Legal experts who have come together to fight for you and get you the Employee Retention Tax Credit you deserve for your business.

With decades of experience, our leadership owns or manages leading tax and accounting firms in their respective markets. The ERC Group evolved from a like minded group of industry leaders to a cohesive team of experts who have come together to fight for you.

At the ERC Group, we are about extraordinary advice and doing what is best for our clients. As a business owner, you've taken risks, made commitments, and hung in there during the best and worst of times. We are committed to telling our clients what they need to hear and making sure they are positioned for the best possible outcome. 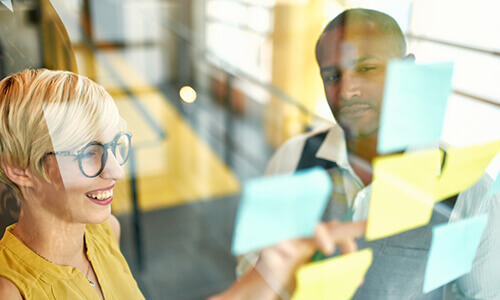 Your Team of Experts

A literal "Dream Team" of Tax and Accounting Experts Working for You.

John currently serves as the Chief Marketing Officer for Advisors Equity Group. Based in Dallas, John brings a wealth of knowledge and capability to the business marketplace with a focus on driving real, impactful solutions.

Advisors' Equity Group (AEG) is a partner-owned financial services distribution collaborative, providing high-end tax- and capital-efficient strategies. AEG was established to be the most advisor-centric distribution platform in the industry.

Eric is the founder, CEO, Owner, and Principal of Pierre Accounting with offices in Austin, Los Angeles, and San Diego. Eric has worked in accounting, tax, finance, and audit since 2003. He specializes in Advanced Tax Strategies, Financial Planning and Analysis, Mergers and Acquisitions, Real Estate, and Forensic Auditing for clients.

Eric graduated with a Master of Professional Accountancy and a Bachelor of Business Administration in Accountancy, with honors, from Stephen F. Austin State University. Eric earned his CPA Licenses with the Texas and California State Boards of Public Accountancy. Eric is also a second-generation CPA.

A renowned tax expert with the local and national media, Eric has been quoted or mentioned by Forbes, CNBC, Bloomberg Tax, Yahoo Finance, Time, and CBS in San Diego.

An avid basketball fan, Eric played professionally for the San Diego Guardians of the American Basketball Association (ABA). In addition, he gives back his time mentoring and serving our youth across the country.

Sam is the founder, CEO, owner and principal of Level 8 Management Inc.  A passionate and highly motivated entrepreneur who cares deeply about the clients he works with. With over 15 years of experience in tax, accounting, finance and business management, Sam has been working with many businesses, small and large, across multiple industries, focusing on helping them grow their business and maximize their profits through advanced tax planning, financial visibility and understanding.

A Certified Tax Preparer in the state of California. In 2007 he received his bachelor’s degree in accounting and finance at Cal-State University, Northridge. Sam calls Woodland Hills, California home.

Howard Morin co-founded Helium Financial Group with partner Gary Russell in 2016. Howard has over 23 years of financial services and organizational leadership experience. Most recently he oversaw the Financial Services Group of Conover serving as CEO of Conover Capital Management and Conover Securities.

Starting as a manager of the institutional trader business at TradeStation Group his success was recognized by the Intel Corporation who relocated him to the Pacific Northwest. Later named Managing Director of Global Financial Services, responsible for implementing technology at some of the largest financial institutions in the world.

After a career at Intel, Howard joined Union Bank of Switzerland (UBS) as a private financial advisor. Howard is passionate about advising clients on key decisions and working with employers to align their corporate retirement plan with their strategic goals. A native of South Florida, after almost 20 years in the Seattle area, he now calls Scottsdale, Arizona home.

Gary Russell is the co-founder of Helium Financial Group with partner Howard Morin. He previously served as Director of Wealth Management at Conover Capital Management.

He brings over 15 years of Wealth Management, Financial Planning, and Retirement Plan Consulting experience to our valued clients and trusted partners every day. As a recognized industry leader and frequent guest speaker on a variety of financial topics, he brings a unique and innovative approach to delivering financial solutions for clients.

When Gary isn't working with clients, he enjoys the outdoors and is an avid pilot. A native of Bainbridge Island, Gary now calls the Olympic Peninsula home.

Trevor received his BBA from Millsaps College in 2010 and was a four-year letterman and captain of the Men’s Varsity Tennis Team.

David graduated from Baldwin Wallace College with a Bachelors of Arts, Majoring in Business Administration, concentration in Finance, and Minors in Economics and History. Before graduating, he was hired by Merrill Lynch as a financial consultant, and he secured a Series 7 and 66 securities licenses, as well as Life, Health, and Annuity licenses. During that time David built a strong financial services practice built around reasonable returns from simple investment strategies. In 2001, he expanded his practice by joining Legacy Financial, David added strategic resources for more advanced financial planning, estate planning and other client services.

In 2005, together with Ted Rusinoff, David helped build a company focused on helping attorneys, CPAs and trust advisors review client portfolio holdings, specifically to address the fiduciary liability issues related to the beneficiaries. Having a full service investment and insurance operation well established, David focuses on meeting the needs of his clients, as well as those of his strategic alliances with local CPAs, attorneys and trust advisors. This focus allows him to provide the best possible service and value to all of his professional relationships.

The Latest and Greatest from Our Team